Across 58 000 hectares of fynbos and succulent Karoo landscape, renewal is taking place after two centuries of degradation from agriculture. In this fragile environment regeneration takes time, but after 20 years of focused conservation efforts, the landscape has transformed and continues to do so. This is Sanbona Nature and Wilderness Reserve, an extraordinary place with altruistic ethos.

The conservation model in practice is simple: to return the farmland in the reserve to its natural state as a functioning ecosystem, and ensure its resilience to meet future challenges. This, not forgetting the integral place of humans within it, and the surrounding community as an essential player in its long-term sustainability. Sanbona’s conservation model has been honed over decades to identify key projects that establish resilient ecosystems, landscapes and communities. These aspects are all essential to success and are practiced and managed by a stellar conservation team.

So impressive is the team’s progress on the reserve, that it piqued the interest of the CALEO Foundation which acquired Sanbona Wildlife Reserve in 2015. Their focus remains the long-term conservation and preservation of the sensitive landscape and all that lives on and around it. Today, Sanbona is a flagship example of private conservation in the Western Cape province.

Wildlife like desert black rhino (Diceros bicornis bicornis) that were locally extinct for decades have been reintroduced, threatened species – including succulents found nowhere else on earth – are protected, and degraded habitat continues its natural restoration process. Cultural heritage sites are also protected, and include rock art, fossils and Stone Age tools scattered across the reserve.

IN RECOGNITION of its exemplary achievements, Sanbona is in the process of being proclaimed as a nature reserve in partnership with CapeNature. The reserve’s innovative projects have also attracted collaborations with local and international academic institutions and renowned conservation organisations.

COMMUNITY BENEFITS have been substantial too, and include education facilities as well as training and employment opportunities for local people in both hospitality and conservation. Those previously unemployed now have jobs in hospitality, guiding, maintenance, conservation, teaching and child minding. Life for all is better and better.

For many years Sanbona was run as a hospitality business for profit. However, the CALEO Foundation transformed it into a non-profit company (NPC) to fulfill their philosophy of the long-term protection and conservation of Sanbona as a thriving wilderness for future generations to enjoy. This is possible through ongoing collaborations and partnerships with like-minded organisations. While the hospitality business will continue to support Sanbona NPC, additional funding will be required to secure the reserve for the long term and maintain it as a self-sustaining wild space.

FYNBOS AND SUCCULENT KAROO ARE GLOBALLY RECOGNISED BIODIVERSITY HOTPOTS, CONSERVING THEM IS CRITICAL

Importantly, the groundwork has been soundly laid to rejuvenate this ancient landscape that the San knew so well, filled with endemic species just as it always was. What once was pure fantasy is now becoming a tangible reality. 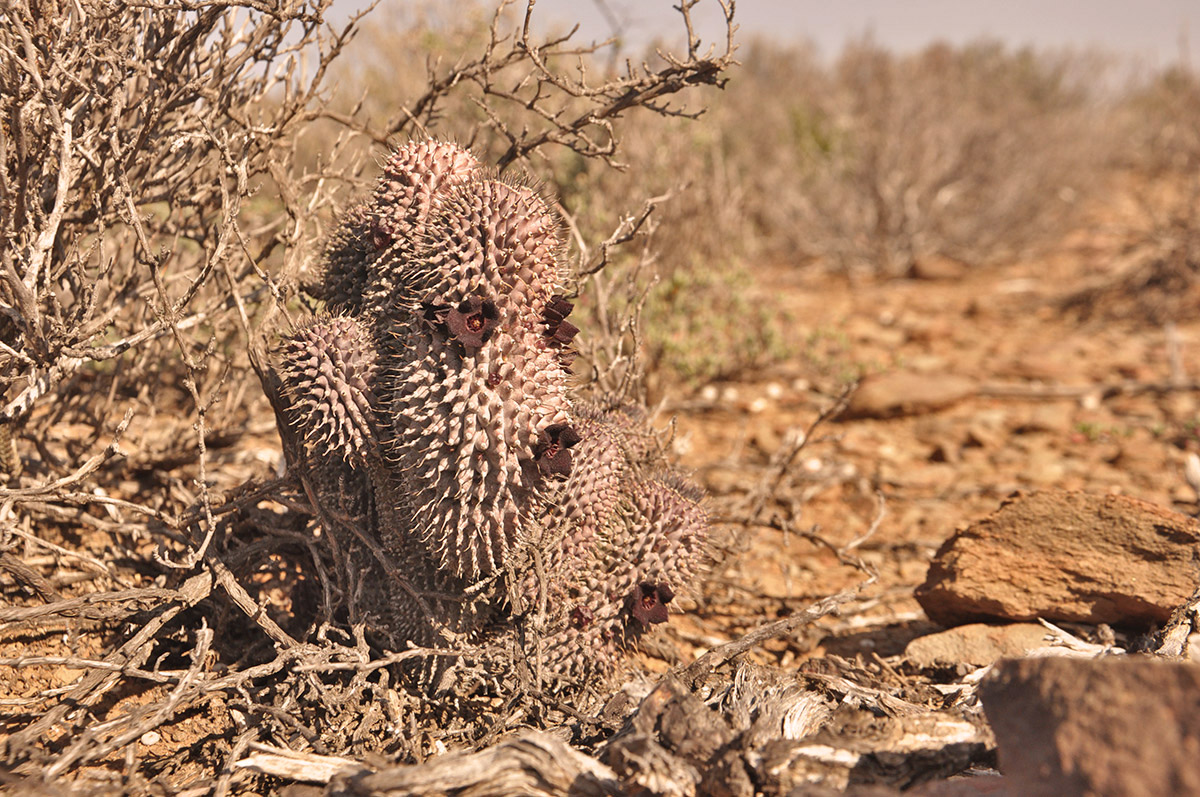