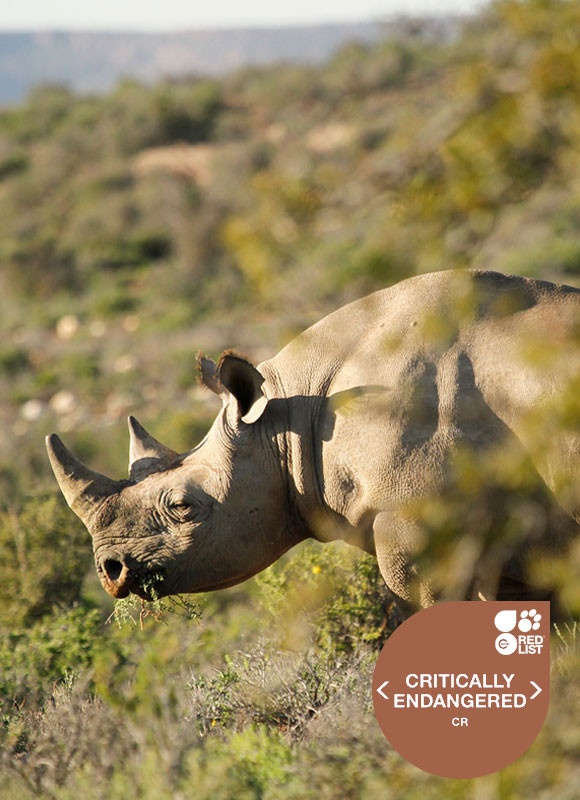 GET INVOLVED in sustaining the ongoing work around the desert black rhino.

A flagship species
reintroduced to the Little Karoo 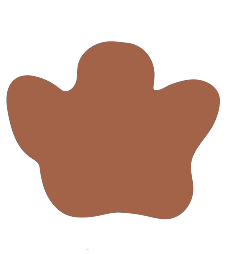 March 2020 is an historic date for Sanbona, and one that will always be remembered. After 13 years of focused effort from the Sanbona conservation team, in collaboration and consultation with numerous organisations, a flagship species was reintroduced to the Little Karoo. South western or desert black rhino had been extinct in the region for nearly 200 years, now they again walk the vast and rugged landscape of Sanbona Wildlife Reserve, where they rightfully belong.

Ideal reserve for the reintroduction of black rhino

Since its inception, Sanbona was considered an ideal reserve for the reintroduction of black rhino. But not just any black rhino, this had to be the south western or desert black rhino (Diceros bicornis bicornis) – a sub-species of the Critically Endangered black rhino (Diceros bicornis). Desert black rhino are naturally restricted to the drier western parts of the country where they have adapted to survive, and concerted conservation efforts are needed to save them. Over the past 10 years, over 8 000 of an estimated global 30 000 rhinos were poached – driven by demand for rhino horn. A massive drive is now underway to prevent their extinction, and Sanbona is proudly part of this.

With the primary purpose of contributing to national black rhino conservation and metapopulation management, Sanbona contributes additional space to conserve this sub-species, maintain its genetic diversity and ultimately increase national numbers. An annual population growth rate of 5% and a metapopulation target of 500 desert black rhino is the urgent goal for South Africa. 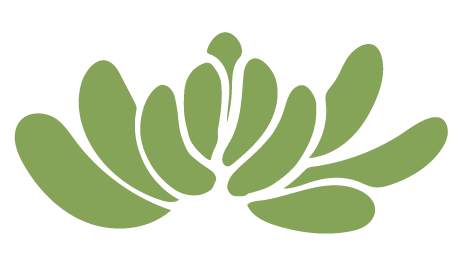 Before translocating rhino to Sanbona, extensive surveys and much homework was done. This included estimating the ecological carrying capacity, management capacity, predation and poaching threats, socio-political situation and the risk of disease to the rhino. While Sanbona falls within the historical range of desert black rhino, there were no records to draw from with information on these animals in relation to the Little Karoo habitat. So, based on vegetation types and climate, it’s believed they were dispersed throughout the region where there was permanent water. Little more was known though, as the last desert black rhino was hunted here in the mid-19th century.

Before pursuing rhino reintroduction, a model of habitat suitability had to be designed for Sanbona to ensure that both the biodiversity and rhino are conserved. There were many considerations, such as the availability of their preferred foods to browse as rhino are highly selective, the distance to busy roads, a high habitat heterogeneity, proximity to water, steep slopes and rockiness of terrain all had to be taken into account. Desert black rhino are quite specific in their likes, and Sanbona’s habitat and terrain was an excellent match for them.

NOW THAT TRANSLOCATION was deemed possible, there was another layer of requirements to fulfil. Importantly, the founder group should be as large as possible, with animals carefully selected according to age, sex, dominance, their position in their home herd, and their potential threat of poaching. Considering these factors would minimise injury through male territorial conflicts for dominance and give the new population on Sanbona the best chance of flourishing.

Black rhinos are very different to white rhinos and need more privacy and personal space; their natural curiosity sometimes also leads to aggression. While the size of a female black rhino home range is about enough food and water, males are all about territory. Ultimately, it is the males that will limit the adult population that can live on a reserve. It was determined that Sanbona could hold enough rhino to positively contribute to the metapopulation, and from there the founder population was decided upon.

The small founder population of desert black rhino were translocated to Sanbona, sourced from different locations to create a genetically viable mix. A boma to boma move was chosen, since the rhino were moving to a new and different habitat. On arrival at Sanbona they were released into a boma and fed freshly cut branches and lucerne as an additional supplement, and given a mix of rainwater and borehole water to familiarise them with the new environment. After three months in the boma, when they were accustomed to local offerings and were in fine condition, there was a staggered release onto the reserve for them to carve out their territories and settle in. This is a stressful time for them, so as little disturbance as possible is necessary. So far all is well with the rhino. The birth and survival of a calf, born just after the release of a pregnant cow, is testament to the success of the translocation.

Sustainability for the rhino

Of crucial importance now is the ongoing monitoring of these rare animals on many fronts. Their impact on specific vegetation types and how they use the available habitat must be closely watched, and this will also present research opportunities on diet preferences and feeding ecology of desert black rhino in the Little Karoo. Meanwhile, the model developed for habitat sustainability for the rhino on the reserve will also be assessed. And it’s all ultimately to provide genetic exchanges with like-minded properties to expand the range and ensure the survival of desert black rhino – now back in the Cape, and back from the brink of extinction.